Jordan’s quick response to the COVID-19 outbreak has made many Jordanians, including myself, feel safe and proud. The prime minister and his cabinet’s response has been commended globally, as the epicenter in the country has been identified and contained. But at the same time, such accolades have been focused on the males, erasing the important role that Jordanian women have played in the response.

One such social media advertisement (Image 1) pays tribute to six male political figures titled the “Jordanian Heroes.” In the middle right is the prime minister surrounded by his ministerial cabinet members.

Missing from this ad, however, are two, if not more, of Jordan’s female ministerial cabinet members whose decisionmaking during the early days of the crisis was critical to the success of Jordan’s response: Minister of Energy and Natural Resources H.E. Hala Zawati, and  Minister of Social Development H.E Basma Ishaqat. Zawati ensured that Jordan’s gasoline and diesel reserves were sufficient for the coming two months, while Ishaqat activated the network of Community Based Organizations (CBOs) to distribute bread, vegetables, fruits, and other necessities amid the chaos. Neither minister has received public recognition remotely equivalent to their male counterparts.

Like the rest of the world managing the COVID-19 pandemic, Jordan is in the midst of history in the making, but actively erasing women from that history. A recent study in the Middle East and North Africa (MENA) region found that women constitute 44 percent of Jordan’s health sector workforce, higher than any other country in the MENA region. Among pharmacists, the percentage of women is even higher, with more than 66 percent female pharmacists. But despite these numbers, the health and social workers are excluded from decisionmaking bodies responding to COVID-19.

In my research as an Echidna Global Scholar, I concluded that images of women in the Jordanian national curriculum are a powerful conduit for teaching girls their place in society—what scholars call a “hidden curriculum” that transmits dominant values and beliefs, including gender norms. The same can be said of gender bias in public images of women (or the lack thereof) during COVID-19. Just as gender bias in the curriculum can negatively affect girls’ participation in the labor force, so too can erasing women from Jordan’s COVID-19 response negatively influence women’s political, economic, and social aspirations in a postcrisis society. Recognition of women’s roles during a time of crisis not only empowers women but also helps Jordan become a more progressive society where equal value is placed on women’s participation in the workforce and in leadership positions.

Using the same principles derived from my research, World of Letters—a social enterprise that works on content development and social marketing—launched a social media campaign to highlight Jordanian women’s contributions in responding to COVID-19. In contrast to the “men in black” advertisement above, we created images featuring Superman cloaked by Jordan’s flag, standing proudly alongside other Jordanians saluting the women on the front lines combating the virus as doctors, medical technicians, and nurses (Image 2).

Image 2. Superman saluting women in the health sector and those manufacturing protective masks during the COVID-19 crisis

Yet amid our attempts at creating counterimages that honored women, even we fell prey to depicting men as protectors and women as caretakers. In our deep sense of pride in our country, we unconsciously reverted to deeply held gender biases by embodying Jordan, the superman, as a man. Realizing this, World of Letters created new visuals with a superwoman (Image 3) saluting women leaders ranging from army pilots, scientists, and law enforcement agents. Our campaign of superwomen saluting these remarkable women leaders will continue until we can create a network of collective voices of women to catalyze change.

Image 3. Superman has been replaced by Superwoman saluting the pilot and the scientists

As we think about the many kinds of responses to the pandemic, we must bear in mind how gender roles portrayed during the crisis will continue once the COVID-19 storm settles. As companies struggle to remain operational, choices will be made on sustaining the workforce. Could erasing women in the COVID-19 response and the assumption about their primary role as caretakers justify the termination of women’s participation in the labor market post-COVID-19?

Jordan needs to use this moment in history to actively recognize and value women’s role in the economy. 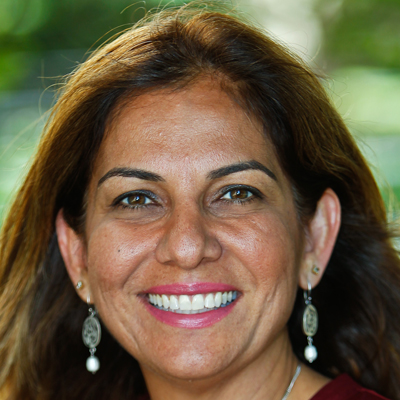 CEO and Founder – World of Letters