Women on the Front Lines conference kicks off 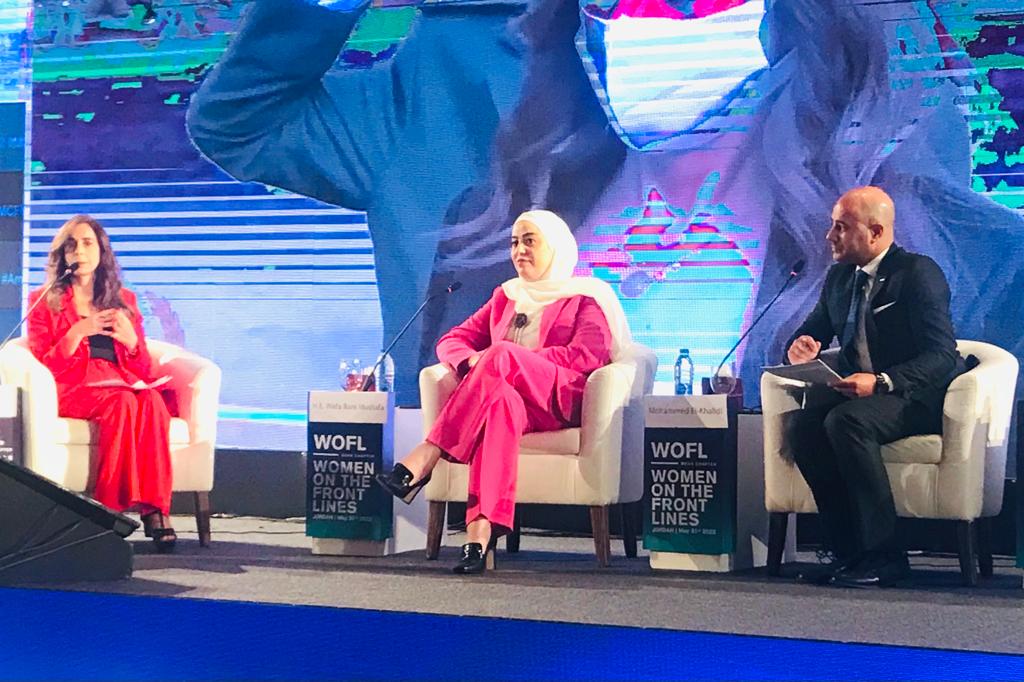 The fifth edition of the ‘Women on the Frontlines’ (WOFL) conference kicked off in Amman on Tuesday, with the aim of empowering women and encouraging them to produce long-term outcomes that benefit the public good.

The May Chidiac Foundation is organizing the event, which will spotlight the success stories of women and girls who have made significant contributions in many fields.

“The [Jordanian] government’s commitment to sponsoring and hosting this conference in the Kingdom reflects our unwavering belief in the role of women in society as equal partners for men,” said Wafaa Bani Mustafa, Minister of State for Legal Affairs and Chairperson of the Ministerial Committee for Women Empowerment.

The minister, who opened the conference on behalf of the Prime Minister, added that there is a political will in Jordan, led by His Majesty King Abdullah II, to give women all the care and attention they deserve, and to remove the barriers that prevent them from participating in political and economic life.

Bani Mustafa emphasized that women’s participation in decision-making and political life is no longer a luxury or a choice for any country seeking to chart a successful future, achieve democratic change, and sustainable development.

May Chidiac, President of the Chidiac Foundation, commended Jordan’s efforts to empower women and increase their participation in public life and thanked their Majesties King Abdullah II and Queen Rania Al Abdullah for being the first to support the conference in its inaugural year in 2016.

Chidiac discussed measures to activate women’s political and social engagement, which she described as requiring comprehensive, rather than partial, community participation, addressing gender issues, closing the gender gap, and involving women in development.

Rola Dashti, former Kuwaiti minister and current Executive Secretary of the Economic and Social Commission for Western Asia (ESCWA), talked at the conference’s inaugural panel discussion about her experience as a long-time advocate for women’s rights, gender equality, and democratic reform.