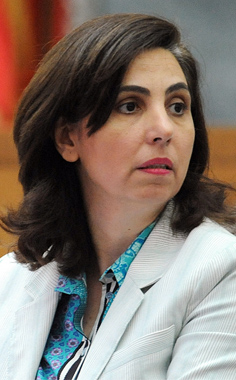 She was a former minister for Planinng and Development in Kuwait from July 2012-January 2014) and a former MP from May 2009-January 2012).She is considered a prominent activist in Kuwait, the Middle East, and North Africa. She is also considered a defender of democratic, economic, and gender equality reform.  Dashti lobbied for the May 2005 decree permitting Kuwaiti women to run for parliamentary elections for the first time. She She is one of the first female MPs elected in the Kuwaiti parliament in 2009.