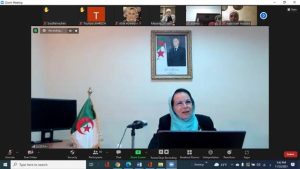 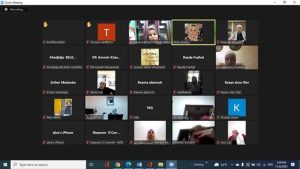 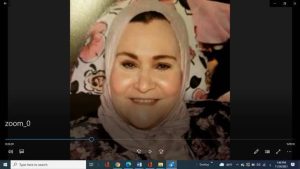 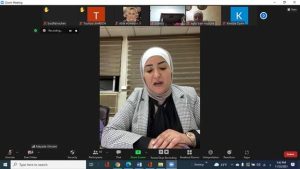 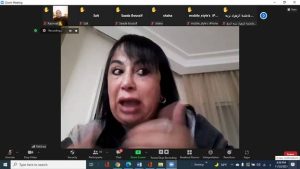 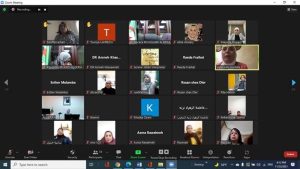 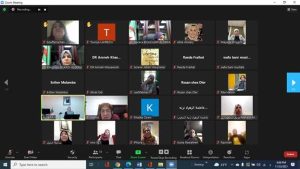 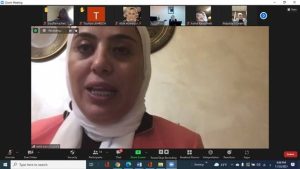 On 23/11/2021, the Coalition of Women MPs from Arab Countries to Combat Violence against Women, in cooperation with the Westminster Foundation for Democracy, organized the first virtual roundtable entitled: “Opportunities and Challenges Facing Women’s Political Participation in North Africa” in the presence of women parliamentarians and activists from Jordan, Algeria, Morocco, Egypt and Tunisia, in addition to H.E.  Wafaa Bani Mustafa, Minister of State for Legal Affairs, and Chairperson of the Coalition of Women MPs, and the discussion was moderated by MP. Mayada Shreim, a Member of the Jordanian House of Representatives.

Al-Shreim started the meeting by noting that many Arab countries have recently witnessed parliamentary elections and Arab women faced many challenges that made their chances of winning limited. She added that the reasons for this are various and complicated and will be explored during this open discussion that will end with recommendations to be drafted later on as a position paper by one of the experts to be submitted to the Arab Inter Parliamentary Union to circulate it among all Arab parliaments.

In her speech, Her Excellency Mrs. Bani Mustafa indicated that the results of the parliamentary elections that took place in 2020 and 2021 in a number of Arab countries witnessed a trend towards a decline in women’s representation in national parliaments. She added that even in countries that have quotas for women, such as Jordan and Algeria, the number of women elected representatives has decreased. She noted that despite the increase in the number of women in countries such as Iraq, Morocco and Egypt, female candidates faced many challenges.

She indicated that, for the first time, women represents more than a quarter of parliamentarians around the world, at 25.5%, however, most parliamentarians are men with a percentage of 74.5%. She pointed out that the UAE has the highest representation of women in parliaments, at 50%, and that Bahrain is the only Arab country whose parliament is headed by a woman, and that Tunisia is the only Arab country whose government is headed by a woman.

On the opportunities and challenges facing women in public life in the Kingdom of Morocco, Khadija Al-Zayani, a member of the Coalition, a former member of the Moroccan House of Representatives, and Deputy Mayoress of Al-Fnideq, indicated that the percentage of women in the Moroccan parliament is rising, increasing from 20% in the 2016 elections to 24% in the current elections. She indicated that among the opportunities that contributed to the presence of women in the 2021 elections that there were electoral lists that contained a high percentage of women’s representation. There was the national list, which included 60 women, the youth list, which included 30 young women, and the regional list, which included 90 women. She indicated that the challenges were represented in the political parties’ denial of women’s long experience in the parties, as a group of women could not participate in politics despite their presence in the parties for a long time. She said, “If the law does not require the presence of one-third of the parliament’s members, there will be no real representation of women.”

She indicated that the absence of media attention poses a challenge to women’s participation, and recommended the development of a gender-responsive media strategy before, during and after electoral campaigns to highlight women leaders while maintaining the human rights of women and providing protection for women within political parties in order to achieve the principle of equality. She said, “It is necessary to speed up the activation of the Commission for Parity and the Elimination of all Forms of Discrimination against Women, and reform laws, especially those related to political parties, which still do not give the real value to women.”

In turn, MP. Abla Al-Hawari, a member of the Coalition, and a current member of the Egyptian House of Representatives, indicated that the issue of women’s political participation concerns societies in general and women in particular, and said: “A healthy society that seeks a healthy democratic state is the society that in which everyone can achieve their own balance and where human rights are equally valued.”

She indicated that one of the opportunities available to Egyptian women is the implementation of the legislative quota upon the recommendations of the political leadership with its decisive and strong decisions. She elaborated that the provisions of the constitution were amended in 2019 to achieve 25% of seats for women, and accordingly the Egyptian House of Representatives Law No. 140 of 2020 was issued to include in its provisions the allocation of 25% of seats for women, and she said: “I will not forget to mention the leadership’s support by appointing 28 representatives, half of whom are women, to increase the number of women representatives to164.” She also referred to the issuance of the Senate Law No. 141 of 2020, which includes 14% of the seats for women in this council.

She pointed out that there is a challenge to run for individual seats in the elections, as the number of women running individually was large and many women were unable to win. She added that political changes affecting gender equality are one of the challenges facing women, and indicated that political parties are different and have different approaches to gender equality methods.

She recommended including women’s perspective in the party’s work, training women to obtain experience in the parties’ responsibilities, strengthen the concept of welcoming women who wish to join the party, and enhancing the image of political parties in front of the public to suggest that it is an open party that welcomes men and women together. As well, she recommended that women should work to overcome negative societal challenges, and focus on social media, which greatly helps in communicating with voters.

H.E. Nawara Saadia Jaafar, a member of the Algerian National Assembly and a current member of the coalition, spoke about the opportunities and challenges facing Algerian women, and referred to the amendments to the constitution that took place in 2016 and the end of 2020, in which parity was adopted and quotas were abolished, and said: “Women deserve their place through their efforts.” She stated that the committee that was tasked with reconsidering amending the constitution included a large percentage of women and submitted a report to the President of the Republic based on consultations with parties and civil society.

It is worth noting that Article 68 of the constitution stipulated: The State shall work towards promoting equity in terms of opportunities between men and women in the job market.
The State shall encourage the promotion of women to positions of responsibility in public institutions and administrations, as well as in the enterprises.

She emphasized that women in Algeria are present, whether at the executive, judicial or legislative levels, and in decision-making or in the economic sphere. She pointed out that the constitution does not discriminate between men and women with regard to these issues, and that the constitution places great emphasis on the protection of women, referring to Article 40, which states: The State shall protect women from all forms of violence in all places and situations in the public, professional, and private spheres.
The law shall guarantee victims access to shelter and care facilities, appropriate appeal methods, and free legal assistance.

She emphasized the issue that the constitution pushes for change in the society’s view and imposes the presence of women, but the society pressures the legislator to go along with its ideas, and said: “in my opinion and according to many experts, I believe that there is an urgent need to correct practices in addition to changing stereotypes about women, wrong social patterns and unjust customs and traditions. There is a need for concerted efforts and coordination between women at the level of parties, civil society and unions.” She stressed the importance of reaching out to society so that we can convince others who do not believe in women’s capabilities of the necessity of their participation and that their abilities are not less than those of men. She indicated the importance of exchanging experiences, working to reduce the dominance of patriarchal society, and being more present in political parties, and said: “The reluctance to engage in political parties harms women’s political contribution, and the party is the real framework in which women should be in. As well,  parties must change and adapt their work to be consistent to women’s circumstances.” She indicated that there is a lack of training and rehabilitation for women, and among her recommendations is the importance of focusing on parties and identifying mechanisms and frameworks for the issue of parity; the importance of continuing to amend and update legislation and adopting governmental and party policies; the importance of adopting media policies to change stereotypes; and the importance of establishing a network for female candidates to exchange experiences and talk about challenges and obstacles.

H.E. Bani Mustafa indicated that the challenges between countries are similar, but there is a difference in circumstances in terms of political parties, parliamentary representation and the percentage of women’s political participation.
And she touched on some legislative amendments proposed by the Royal Committee to Modernize the Political System, where it was recommended that the number of founders of the party include 20% of women, and the party should guarantee its affiliates of youth and women access to leadership positions, and enable youth, women and people with disabilities to access the party’s available resources in a fair and equal manner. Especially during election campaigns.
She indicated that legislative control is important, and the political will and legislation lay the groundwork for changing the cultural map. She said, “We must turn challenges into opportunities and stand together and not allow anyone to harm women’s gains, and defend and stand united in the face of those who try to diminish these gains.”