News
GMT+2 04:15
Home News A Statement on the Occasion of International Women’s Day

A Statement on the Occasion of International Women’s Day 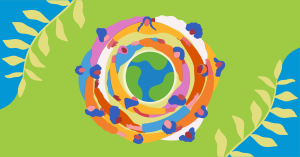 On March 8th, the coalition joins the international community in celebrating International Women’s Day. And this year, this day comes under the title: “Gender Equality Today for a Sustainable Tomorrow.”
The theme of International Women’s Day is in perfect alignment with the priority theme of the upcoming 66th session of the Commission on the Status of Women (CSW66): “Achieving gender equality and the empowerment of all women and girls in the context of climate change, environmental and disaster risk reduction policies and programmes.”
Today, we will not be able to obtain a sustainable tomorrow without empowering women and consolidating the principles of equality and justice, which includes providing women with the support and empowerment necessary to achieve equality, and they must be empowered economically, politically, scientifically and socially because this is an integrated system that cannot be divided.
According to the United Nations, it is women and girls who bear the brunt of environmental, economic and social shocks. But the same women and girls are also early adopters of new agricultural techniques, first responders when disaster strikes, and important decision-makers at home about energy and waste. Therefore, climate action cannot be successful or sustainable if it does not include women.
And ingrained discrimination intensifies the effects of climate change for women—particularly when women are also subject to discrimination and exclusion within their community. This also causes negative repercussions on women’s right to health, food security and livelihoods, especially in the presence of the gender gap. According to the 2021 Gender Gap Report issued by the World Economic Forum, the gender gap reached 60.9% in the Middle East and North Africa region, and it will take 142.4 years to close the gender gap in that region while globally it will take 135.6 years. In terms of economic empowerment and opportunities, the gap in the region was 40.9%, in terms of educational attainment 94.2%, in terms of health and survival 96.5%, and in terms of political empowerment 12.1%.
All this would reduce the contribution of women in several areas, not to mention climate change. Women today are the most affected by climate changes. During extreme weather disasters, women are more likely to die than men, due to differences in social and economic conditions and access to information. Pregnant and breastfeeding women are also vulnerable to food insecurity caused by climate change. Also, the saltier drinking water due to rising sea levels may cause premature births and maternal and newborn deaths. Economic stress from disasters and climate change can lead to child, early and forced marriage as a coping strategy. The overwhelming risks to land, water, organisms and livelihoods also greatly affect women who work in lands or depend on ecosystems to support their families.
Last year, more than 17 million people lived internally displaced in 144 countries, due to natural disasters and climate change. Among these millions of displaced persons, women and girls are particularly vulnerable, today and in the future, to gender-based violence, including human trafficking and other abuses.
According to United Nations estimates in 2018, 80 percent of those displaced due to climate change were women.
Women today are the ones who have the answers to limiting the effects of climate change and achieving sustainable development goals. Education and Guaranteeing women’s right to own property and inheritance will make it easier for women to deal with climate change.
According to FAO, women constitute the backbone of agricultural work, as they constitute 45 percent of the agricultural workforce in developing countries, and this percentage rises to 60 percent in parts of Africa and Asia. Evidence indicates that when women have opportunities, their farm yields increase and therefore their incomes increase. Natural resources are also better managed, nutrition is improved and livelihoods are secured. Agricultural yields would increase by about a third if women had the same access to resources as men. Thus, the number of hungry people in the world will decrease by 150 million people. We know that children will have better chances of a future when their mothers are healthy, wealthy and educated, especially during the first 1,000 days of a child’s life.”
This is the reason why women are key players in the efforts to achieve all the sustainable development goals, especially the second goal, which stipulates the eradication of hunger and malnutrition in the world.
That is why it is time for countries to put women on the top of their priorities, especially in the Arab region, which has been exhausted by wars and difficult economic conditions, and whose challenges have worsened with the Corona pandemic. However, governments must be aware of the effects of women’s exclusion and weakness of empowerment, and their policies and strategies should include empowering women in all aspects and in all areas of life for due to their role in human development.