The Parliamentary Women’s, Family, and Childhood Committee calls on Iraqi PM- Designate Al-Kazemi to return the Ministry of Women 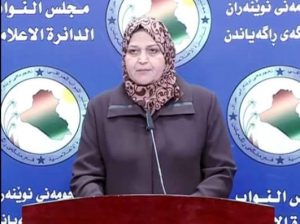 On Thursday, April 16, the Parliamentary Committee for Women, Family, and Childhood called, the Prime Minister-designate, Mustafa Al-Kazemi, to return the Ministry of Women to the government and to allocate no less than a third of the ministerial portfolios to women who are competent and experienced. In a letter addressed to the head of the commission, the committee’s chair, MP. Intisar Al-Jubouri, said that this demand comes to achieving “the principles of the constitution, equal opportunities and democracy.” Al-Jubouri stressed the importance of reviving the Ministry of Women “because of the significant role it can play in supporting women’s issues, representing Iraq in international forums, and involving women in the process of building, reconstruction, development and decision-making.”

It is noteworthy that the Iraqi Women Journalists’ Forum had previously organized a wide media campaign to return the Ministry of Women. The campaign met with great success and support from other organizations, the Parliamentary Women Committee and many political and human rights personalities. 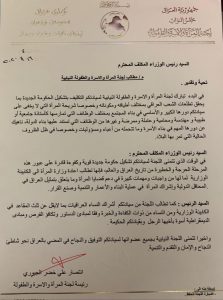